“Another day, another potential doomsday scenario. Actress Annie Wersching talks about terrorist plots, getting shot in the neck and being buried alive as the FBI agent Renee Walker on the new season of 24!” 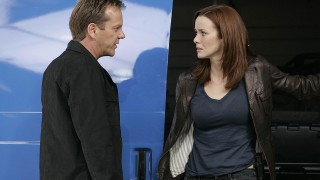 What Do You Think, Jack?