Jack Bauer, Renee Walker, and Larry Moss meet up at the Capitol Reflecting Pool. Moss was able to check Gedge’s phone records and discovered that Gedge was talking to another Secret Service Agent, Edward Vossler. Bauer suggests splitting up and finding Vossler and his family.

Renee Walker: Larry.
Larry Moss: Oh, my God. [Sighs, Laughs] I thought I’d never see you again.
Jack Bauer: Were you able to access Agent Gedge’s phone records?
Larry Moss: Yeah. Yeah. Over the last three hours Gedge spoke repeatedly to another Secret Service agent named Edward Vossler. I checked out Vossler’s personnel records. And before he was a Secret Service agent, hew as Special Forces… and for two years served in Sangala.
Renee Walker: So we can assume Vossler’s working for Dubaku. Did you bring any of his files with you?
Larry Moss: Yeah. (hands Renee phone)
Jack Bauer: Does Vossler have a family?
Larry Moss: Why do you need to know that?
Jack Bauer: Does he have a family?
Renee Walker: He’s been married for five years to a paralegal. They have an eleven-month-old baby boy. She left her job to stay home with the kid.
Jack Bauer: We’re gonna need to split up. I need you to help me track Vossler. You go to his home and hope his family is there. Vossler was Special Forces. No way we’re gonna break him in the time we’ve got. The only way to get him to cooperate is to make him think we’re gonna hurt his family – his wife and his kid.
Larry Moss: No. Absolutely not. Renee.
Renee Walker: That’s stepping over the line, Jack.
Jack Bauer: You stepped over the line the second you interrogated Tanner. Tanner’s a murderer. As far as we know, Vossler’s wife is completely innocent, let alone a small child.
Jack Bauer: When are you gonna stop thinking everyone else is following your rules? They’re not. Dubaku is gonna kill Henry Taylor within the next 45 minutes unless we find him. You’ve got one of two choices. You can either phone the president and explain to her that your conscience won’t allow you to do what is necessary to save him… or you could simply do what is necessary. Pick one.
Larry Moss: Renee.
Renee Walker: Larry…
Larry Moss: Renee.
Jack Bauer: I’m gonna need your vehicle. Start tracking Vossler through his cell phone. Utilize his Secret Service deployment grid.
Larry Moss: Look at yourself. You have lost everyone and everything you ever had by doing what you think is necessary. I won’t let you do it to her, Bauer. Renee will not end up like you.
Jack Bauer: Are you gonna give me your keys or not?
(throws keys at Bauer’s face)
Larry Moss: Jack. Jack! The rules are what make us better.
Jack Bauer: Not today. 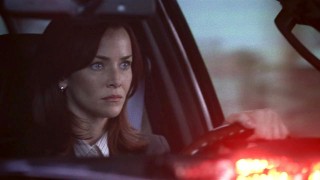 Renee Goes Rogue: “I Need To Make This Right”