Near the bottom of an interview with Joel Bissonnette (the actor who plays Pavel Tokarev – Renee’s sniper) said that “fans are pissed” at him. Apparently he wasn’t a 24 viewer and thus didn’t know how beloved Renee Walker was. Looks like he quickly found out.

Joel also appears in 24 this season playing a Russian assassin – you can see him on the hot Fox series tonight and during the next couple of weeks. A few weeks back, the Russian bad guy played by Joel killed Jack Bauer’s love interest, Renee Walker.

“I killed a very popular character. I hadn’t been watching the show so I didn’t realize (she was popular). They go to his apartment, they have sex, finally the tension for the audience is relieved, and then I shoot her.

Annie Wersching talks about clocking out of 24 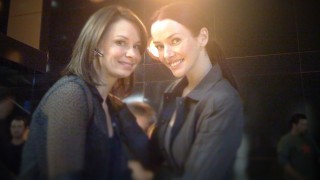