Annie Wersching chats with Sky One about Renee Walker’s death and why she felt like she died three 24 deaths.

Even as Jack’s partner last year, I was like “Ooh this is kinda risky” *laughs* but definitely willing to take the risk in order to run around and play with Jack Bauer. Just the fact that the character was so well received and so loved even after a quick little, you know, through one season and then sort of a half a season. The big deaths are the kind of things you remember from 24. Tony and Michelle, well Tony came back, but Edgar and Chapelle – those are like the big amazing 24 moments, so I’m happy to go down in history.”

Jack and Renee finally hooking up:
“The other big thing that happened in the episode was Jack and Renee finally hooking up, so I was a little… I kinda wish that would’ve had it’s own episode to really resonate and maybe she got shot at the end of it and maybe died in the… it all happened in the same episode – these two really huge things for this character. It’s interesting, you think maybe she would have gone out in the field, a heroic taking out a bad guy sort of way. But in that sense, I think she probably would’ve–she usually gets out of those situations, so…”

On the final six episodes:
“It was a great vehicle to see Jack so upset and trying to save her. Renee dying and being taken from Jack when they were just about to maybe get out of this whole world really is the impetus for him to go just really “Jack Bauer” *laughs*. He really goes out and sorta takes care of things as far as avenging her death and all the other deaths and things that happened on this horrible day. I think the fans will be happy, I mean a lot of people are so upset that she died – but they’ll be happy to see how it makes Jack Bauer for the last six hours. He really goes to a deep dark place. I mean honestly, people love when Jack Bauer goes to that kinda place.”

On the show ending and the 24 movie:
“They’ve always said once the series itself was over they would then move on to a movie so I think they’ve been itching to kinda get to the movie. And I know they wanted to go out on a high note – eight seasons, nine years is a long run for a show. So I think they were kind of happy to go out on a high note, even though I think they could’ve had another year or two in them. But having the 24 movie to go on to is a good little perk.” 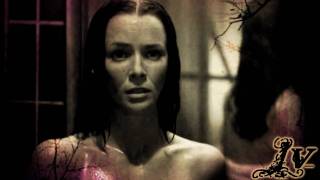 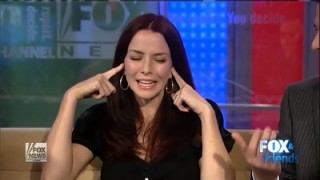 Annie Wersching on After the Show Show