Annie Wersching just guest-starred on CSI and we also learned that she’ll be guest-starring as a District Attorney in an upcoming episode of NCIS. Today it’s been revealed that Wersching is joining the cast of ABC’s superhero TV series No Ordinary Family.

Annie will be be appearing in episode 11 of the show which airs in January 2011. She will be playing the wife of Ricky Schroder’s character whose life is saved by Jim Powell (Michael Chiklis). You may remember Schroder from the sixth season of 24 where he played Jack’s sidekick Mike Doyle. 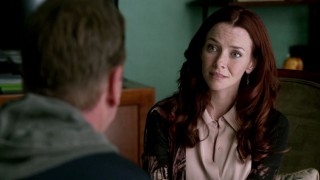