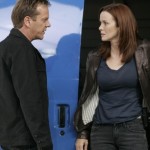 The following scoop will take place between January 2010 and May 2010. All forthcoming spoilers will occur in real time.

Could it be that Jack Bauer is clock-blocked no more and will finally find time for a new romance?

24 executive producer Howard Gordon says that the increasingly intense moments between the disgraced CTU agent and his Season 7 sidekick, FBI agent Renee Walker, are leading to some good — if complicated — loving.

“They have established the emotional framework for a relationship that I think we’re going to see manifested in the eighth season,” Gordon tells TVGuide.com. “It’s definitely part of our plan.”

In the Fox thriller’s latest hour, Renee slapped Jack — twice — before breaking down in his arms, distraught over the indirect role they played in an innocent woman’s death. Of course, said tragedy came in the name of stopping the latest terrorist threat on U.S. soil.

Jack being Jack, whatever may come for him and Renee won’t come easy. Says Gordon, “It’s not a romance in the traditional sense of the word. It’s a lot more broken and jagged than what you might imagine.”

Since losing his wife to Original CTU Mole Nina at the climax of Season 1, Jack has only hooked up with Audrey Raines (played by Kim Raver) and trailer-park hottie Diane (the woefully underused Connie Britton). And where are they both these days? Gone.

As such, stepping into the role of Jack’s next love interest had to be a daunting prospect for Annie Wersching. However, Gordon raves, the 24 newcomer “has really connected with the audience. I think she’s done a spectacular job and we’re extremely proud of her.” 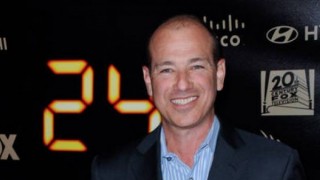 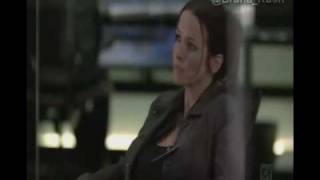 Renee Walker and Jack Bauer – I Got You