Annie Wersching joins John Carney on St Louis KMOX’s Carney Show to talk about her role in the upcoming season of 24. She gets asked about the 24 drinking game, Bruce Almighty, the differences between working on General Hospital and 24, and her special skills listed on her resume (face contortion and burping on cue). She also reveals a few of her favorite 24 characters (Tony Almeida, Chloe O’Brian, Charles Logan) and meeting The Office‘s Jenna Fischer (and fellow St. Louis native) at the All-Star Celebrity Softball game, a possible Agent Walker action figure, and Star Trek Enterprise fans sending her trading cards.

Annie Wersching on the “Hottest Softball Players Ever” List 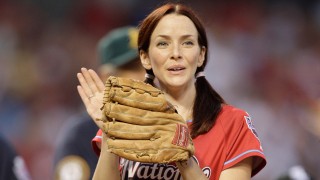 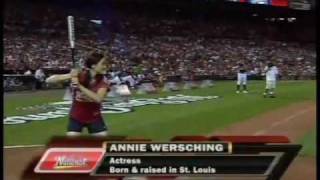