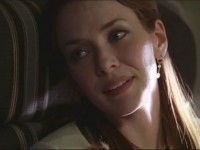 Annie Wersching starred as Kate Fisher in the 2007 FOX television pilot “Company Man” (previously titled NSA Innocent). It was directed by Jon Cassar and written by 24 creator Robert Cochran and David Ehrman. Although the pilot was not picked up, they liked Annie so much that she was cast as a series regular in 24‘s seventh season instead shortly after.

The casting notice for Kate Fisher was as follows: “Late 20s-Early 30s. Formally a corporate lawyer who got addicted to painkillers. Got into a car accident while under the influence and was disbarred. She just wants to get pregnant and start a family with Paul. Smart, warm…and a touch fragile.”