Annie Wersching interviewed by The Trades

Annie Wersching was interviewed by R.J. Carter of The Trades and speaks about an important scholarship and some of her future acting gigs.

When Annie Wersching announced she’d be coming back to her hometown of St. Louis, it could have been that the 24 actress was looking to stake out her own piece of the sidewalk on Delmar near the Tivoli. But it’s something far more important that brings Wersching back to the Gateway to the Midwest: she’s looking to establish a scholarship in the memory of her parents.

Being a St. Louis native, you can probably guess the first question I need to ask you.
(laughs) GO CARDINALS!

That’s right! That was actually going to be my second question, though. The first question always has to be: Where did you go to high school?
I went to Crossroads! Crossroads on DeBaliviere in the Central West End.

Isn’t it funny that that’s how we define ourselves in St. Louis, by where we attended high school?
It’s the weirdest thing! If you ever meet anyone from St. Louis out here [in Los Angeles] it totally still works. It’s just the strangest.

Now how do you go from St. Louis to Hollywood? Is it really the age-old movie plot cliche, “Midwestern girl packs bags and heads west with high hopes and a dream?”
No, I was involved in theater in high school, and I went to Millikin University in Decatur for Musical Theater. After college I went to Chicago for a little bit and I got a job touring with the national tour of the musical “Anything Goes!” We closed out here in Los Angeles, so when it closed I stayed out here for a couple of months to kind of feel it out — and I loved it! I went back home to Chicago, packed up, and I’ve been out here eleven years.

So that’s kind of how it started. Of course, I had no experience whatsoever as far as acting for the camera for television or film, so I slowly just kind of worked my way up. I had been used to stage for the most part. It’s been a fun ride for the most part.

It sure beats the heck out of waiting tables!
Well, I did my fair share of bartending. I was a bartender out here while I was first getting the lay of the land.

You’re returning to St. Louis to establish a scholarship.
Both of my parents, Frank and Sandy Wersching, they were graduates of Southeast Missouri State in Cape Girardeau. They’ve both passed. My dad passed away at 89, and my mom passed about a year and a half ago, and we are establishing a scholarship that will be for any St. Louis youth that wants to got to Southeast Missouri State to study theater. We’re having a reception in St. Louis — a fundraiser — to establish the scholarship next Friday night, the 26th of October. It’s being held at the home of Mary Strauss, who owns the Fox Theatre. I’m going to be singing at it, which I haven’t done in years, and there’ll be food and drinks, and it’s going to be a really, really fun event to help out the St. Louis youth.

I understand you’ll be appearing in the premiere of Body of Proof.
It’s the mid-season premiere. It comes on in January. And actually, right after I leave St. Louis this coming week I go directly to Dallas, and recur on the new season of Dallas. I’m really excited about that!

Can you tell us a little bit about your character and who you’ll be interacting with?
I’m the head of the Department of Transportation of Dallas. Most of my interaction is going to be with the two younger Ewings. I haven’t seen all the scripts I’m involved in yet — but a couple of the things I’ve seen so far, I’ve said, “Oh, there’s some flirty fun coming up with the younger Ewing boys.”

Is there anything more we need to know about the scholarship, such as how people might go about applying for it?
First of all, if you’d like to attend the event, there’s a phone number you can call: (573) 651-2295, and that’s how you can make reservations to come hang out with me next Friday. You can also go to STLCares.com and get information about all the different ways to make a donation. That’s the beginning, establishing the scholarship. It’s pretty fun to give back that way. My mom was an Elementary Education major at Southeast Missouri State, and my dad was a theater and speech director, so it’s a nice little combination of their interests. 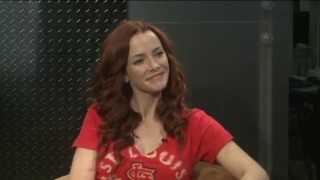