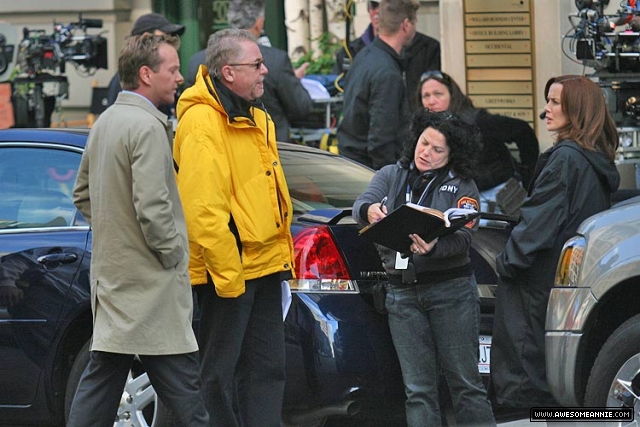 Annie Wersching with director Brad Turner and Kiefer Sutherland on 24

FOX's 24, starring Kiefer Sutherland, filming in Washington, D.C. on November 7, 2007. Because of the writer's strike in Hollywood last year, the photos you see here will be aired in this new season of 24 which begins on January 11, 2009.