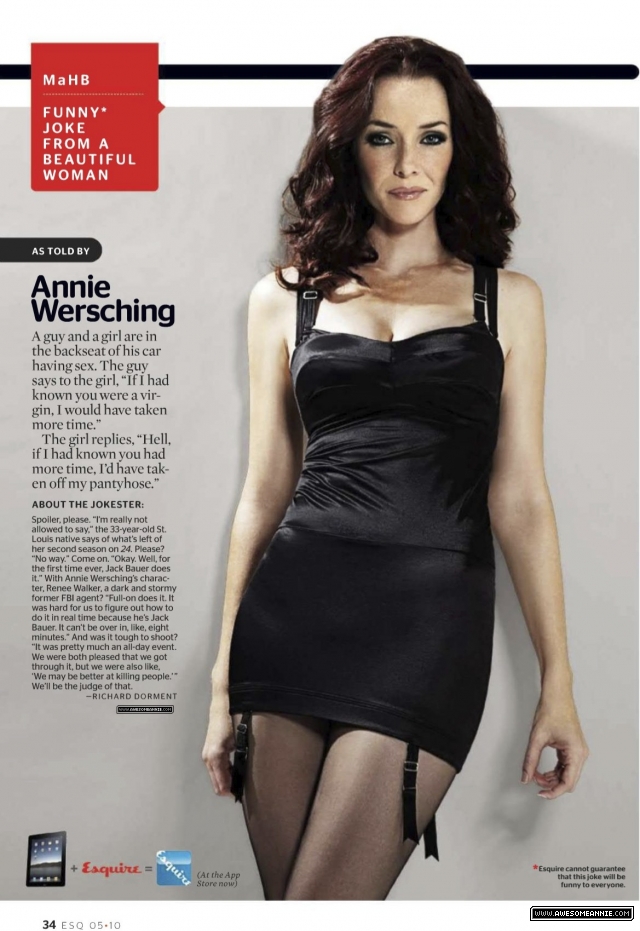 A guy and a girl are in the backseat of his car having sex. The guy says to the girl, "If I had known you were a virgin, I would have taken more time."

The girl replies, "Hell, if I had known you had more time, I'd have taken off my pantyhose."

ABOUT THE JOKESTER:
Spoiler, please. "I'm really not allowed to say," the 33-year-old St. Louis native says of what's left of her second season on 24. Please? "No way." Come on, "Okay. Well, for the first time ever, Jack Bauer does it." With Annie Wersching's character, Renee Walker, a dark and stormy former FBI agent? "Full-on does it. It was hard for us to figure out how to do it in real time because he's Jack Bauer. It can't be over in, like, eight minutes." And was it tough to shoot? "It was pretty much an all-day event. We were both pleased that we got through it, but we were also like, 'We may be better at killing people.'" We'll be the judge of that.